Mechanical power transmission jaw couplings are torsionally flexible shaft couplings, the operating characteristics of which are two hubs with concave claws, transmitting the torque by meshing with an elastic involute gear ring. 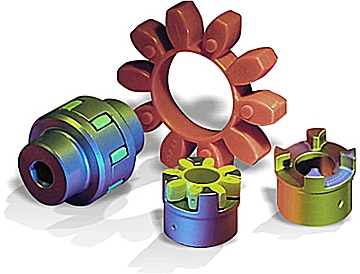 The flexibility of the elastomer drive ring allows the mechanical power transmission coupling to compensate for parallel, angular and axial displacements. 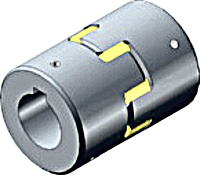 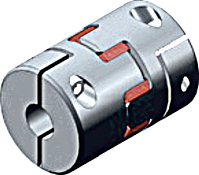 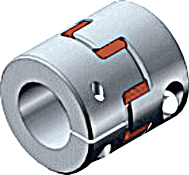 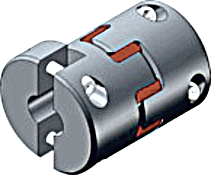 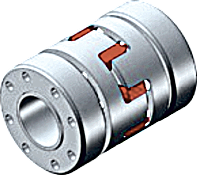 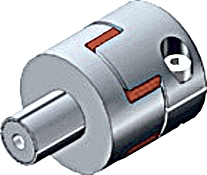 These spider / jaw mechanical power transmission couplings are torsionally flexible shaft couplings, the operating characteristics of which are two hubs with concave claws, transmitting the torque by meshing with an elastic involute gear ring.

The spider coupling concept gives a reliable, smooth power transmission without torsional oscillation / vibration and so protects the connected machinery.

Due to the complete flexibility and ductility of the elastomer ring, it compensates for parallel and angular displacements as well as to absorb longitudinal movement of the shafts.

The involute teeth of the elastomeric inserts are crowned in order to avoid edge pressure on the tooth flanks and so avoid undesirable axial thrust. The puncture proof spider coupling can be loaded extremely high since the elastic elements are submitted to compression and not to bending moments of force. The elastomer gear ring, made of a newly developed polyurethane of various degrees of shore hardness, has important advantages in comparison with the standard polyurethanes. It is non-ageing, with resistance against hydrolysis (can be used in tropical conditions), non-abrasive, has a high self-damping effect and is also resistant to oil and ozone. It can be used with temperatures ranging from -40°C to +120°C.

Spider / jaw mechanical power transmission couplings can be used for horizontal as well as for vertical shaft connections, for reversing, intermittent service and are electrically insulating. The operating characteristics and the durability of the coupling are very positively influenced by the high overall precision of the machining, especially the claws, unbalance is reduced to a minimum, running is improved and service life considerably increased. 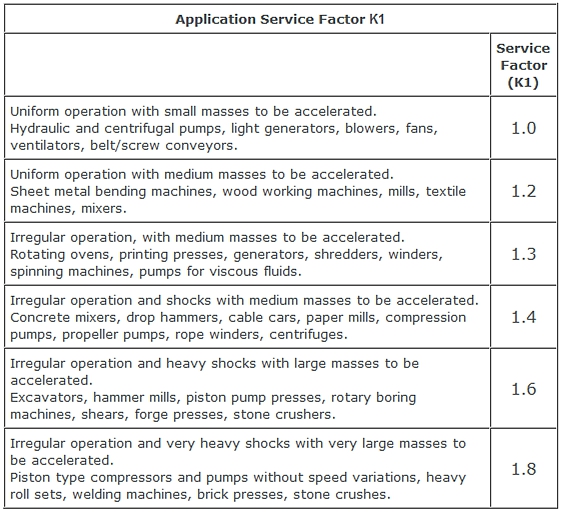 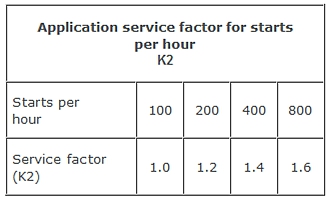 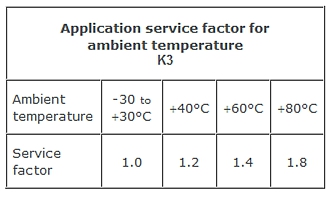 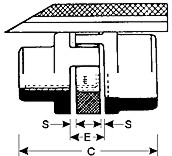 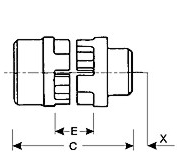 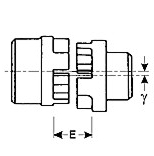 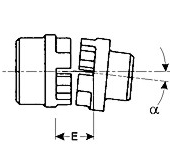 * For peripheral speeds of over V = 30 m/s it is necessary to use either steel or SG iron. Dynamic balancing is also necessary.

** When using 64 shore hardness spider, steel and modular iron hubs should be used.

92° shore spiders (white) will normally be supplied unless otherwise specified. 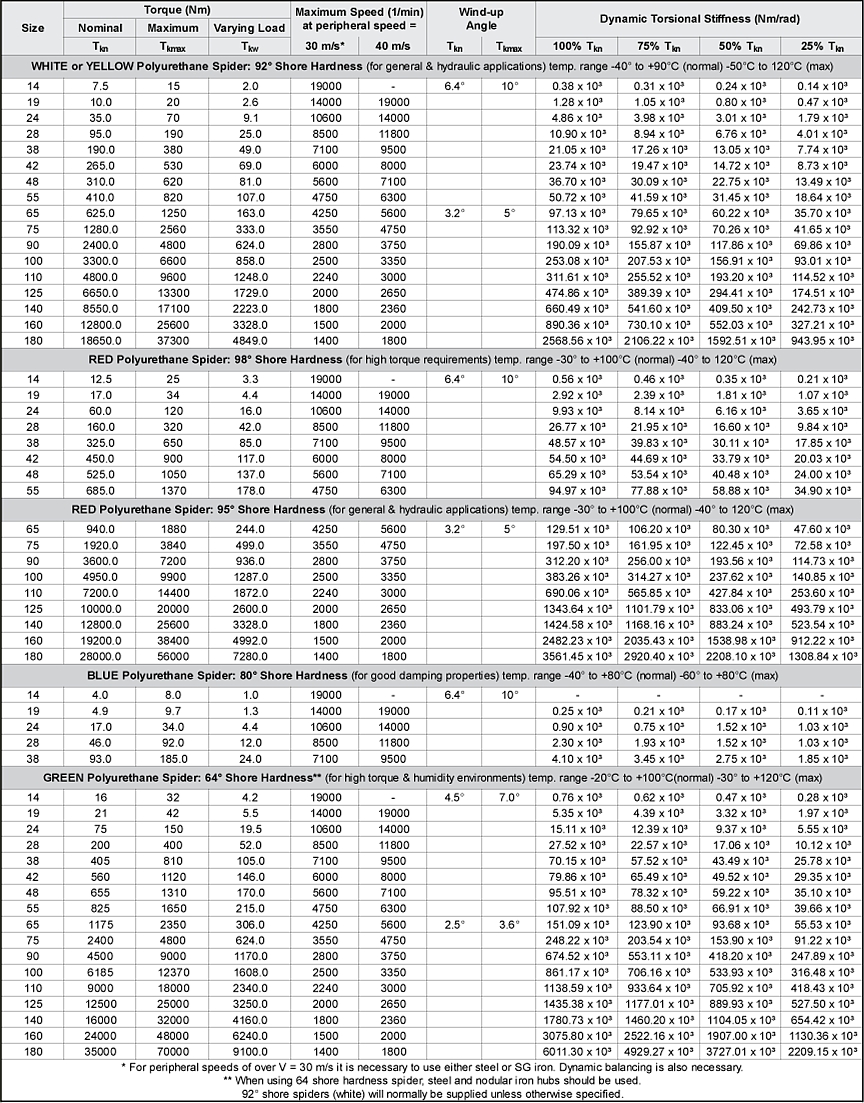 NOTE: Due to their complexity the tables above may not display well on small, mobile devices.
Increase the life of your spider coupling elements / jaw coupling elements. Get more out of your elastomeric spider by spinning it. When the spider begins to wear, just pull it away from the jaws and advance it around one leg. Only every other leg will show signs of wear because just three of the legs transmit torque. This does not apply if you have a reversing application where the coupling is subject to rotational work, spun in both directions.
Link to anti-backlash spider / jaw couplings within the technical specification catalogue: e-publications/Pump-drive-components/22/index.html